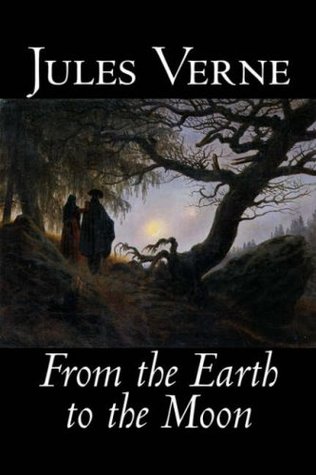 Verne’s 1865 tale of a trip to the moon is (as you’d expect from Verne) great fun, even if bits of it now seem, in retrospect, a little strange. Our rocket ship gets shot out of a cannon? To the moon? Goodness! But in other ways it’s full of eerie bits of business that turned out to be very near reality: he had the cost, when you adjust for inflation, almost exactly right. There are other similarities, too. Verne’s cannon was named the Columbiad; the Apollo 11 command module was named Columbia. Apollo 11 had a three-person crew, just as Verne’s did; and both blasted off from the American state of Florida. Even the return to earth happened in more-or-less the same place. Coincidence — or fact!? We say you’ll have to read this story yourself to judge.

I’m not a fan of Jules Verne’s writing, hence it was a bit difficult for me to complete this book. I’m just glad that somehow I did. Though there was a fair bit of skimming involved (like pages at times.)

There are a lot of good things I can say about this book like the entire concept of the Gun Club and the mission to send a projectile to Moon, some really sharp sarcastic observations that made me giggle every time I recalled them later on, a decent story overall and the feel-good factor. But there was the inescapable Verne writing that I have now come to dread that literally haunted me through the entire book, the excruciatingly slow pace of the story progression and the crazy level of Science involved for such a short read. Though the Science bit was actually quite impressive, I did not enjoy it at all.

I was hoping to finish this book in a few hours, but it took me more than 3 days to finish it. So you can guess why I gave this book a 2-star rating.

I’d recommend this book only to the hardcore fans of author Jules Verne and to no one else.