Welcome to TRB Lounge. Today, I’d like to welcome Stacey Salinas, author of Philippines’ Resistance, for an author Interview. 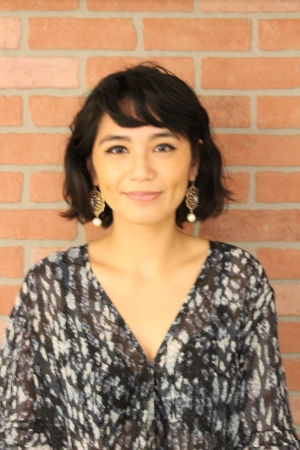 Stacey Anne Baterina Salinas is an history PhD student currently attending the University of California, Davis. She received her Bachelor’s degree from the University of California, Irvine and received her Master’s degree from California Polytechnic State University, San Luis Obispo, both in American History. Her research focus is on Asian American History centering on the roles of Asian American women and their impact on America’s Civil Rights Movement(s) and contributions to the diversity of the American woman’s experience. She dedicates her late nights of research and writing to the many men and women who fought for her grandparents’ and parents’ native homes in the Philippines. Her maternal grandfather served as a Filipino USAFFE soldier, drafted from Baguio City, who survived the Bataan Death March. Along with her paternal grandmother’s late night tales of her terrifying confrontations with the Japanese as a young girl in the northern provinces of Luzon, their histories of World War II serve as proof of the impacts and legacies of Asian America. Their stories and perseverance helped fuel both her desires and pursuit in writing histories on the humble heroes and innocents unable to voice their struggles and wisdom.

Hello, Stacey. Thank you for being here today.

Can you please tell my readers a little bit about yourself?

Please tell us about your book?

Philippines’ Resistance: The Last Allied Stronghold in the Pacific is about the diverse units of guerrilla fighters throughout the Philippine Islands during World War II. Despite General MacArthur’s exit from the Philippines after the American losses and surrender at Corregidor (and in turn the American surrender of the Philippine Islands to the Japanese Imperial Army), the Filipino people were not hopeless nor willing to surrender their homes without a fight. The book provides a broad overview of World War II in the Philippines, the Bataan Death March, the casualties and brutalities the Philippine people endured, but above all focuses on the many unique cultures and individuals who participated in an endeavor to save the Philippines despite the insurmountable odds set against them. Filipinas and other women of color participated not only in the organization of guerrilla units but took on new roles as military leaders, strategists, and therefore challenging traditional gender roles. Chinese ethnic Filipinos and Chinese nationalists fought to save not only the Philippines they had called home but also fought in order to honor their Chinese countrymen and women who experienced the first waves of war brought on by the Japanese Imperial Army in the late 1930s. Overall, the book seeks to promote the contributions of the very colorful, yet lesser well known, underground guerrilla resistance in helping to secure an Allied victory in the Pacific.

How long did it take you to write it?

I was lucky to find the very hands on internship program by the Pacific Atrocities Education by chance as I was sifting through research, teaching, and writing opportunities to fill up my summer break. In April, Jenny Chan (the head of the SF Chinatown’s Pacific Atrocities Education) interviewed me and within a week or two, I was informed as to my topic of research for the organization and with whom I would be paired with (the amazing Klytie Xu) on the writing project. We began researching as early as May during my Spring quarter at UC Davis so as to become comfortable with Pacific War histories. In June I began collecting interview material on guerrilla veterans, by July I was writing chapter summaries, and by August I was fine tuning rough drafts of the chapters with my colleague Klytie and doing the grueling tasks of footnotes, bibliographies, endnotes, and overall formatting (photographs, newspaper clippings, film, posters, etc.)

Why did you choose this topic?

As a graduate student, Jenny was kind enough to trust and allow me to set up the potential outline of the piece, manage the oral histories/interviews with the humble and fearless guerrilla female veteran Mrs. Lourdes Poblete, and above all write on topics that interest my field of research: gender and race. Klytie would arduosly summarize the painful histories of the various atrocities in the Philippines during its occupation by the Japanese Imperial Army (Bataan Death March, Hellships). I would be tasked with breaking down gender roles for women of color who during the war faced a multitude of barriers and threats to their independence, safety, and future. The contributions of women during the war only within recent decades have been uncovered and discussed but primarily from a Western perspective on American or European women, not necessarily women from indigenous or colonized territories like the Philippines. Whereas Jenny narrowed down a broad topic for Klytie and I (The Guerrilla Resistance), Jenny also allowed us to be creative and curious about the topics I was interested in.

Which writers in your field inspire you?

Writers in my field that inspire me are Yen Le Espiritu, Sucheng Chan, Erika Lee, Karen L. Ishizuka, Huping Ling, Mei Nakano, and Susan Johnson. These authors are mainly Women’s Historians, Ethnic Studies, or Asian American Studies scholars. Their styles in writing are approachable, insightful, speak to gender, race, and sexuality and were my favorite authors that inspired to me to continue to pursue graduate school.

What inspired you to write?

I love reading and how the written word can transport you to other worlds, times, or places. Stories, if written well and with heart, can make more visible the perspectives of other people from both the past and present and therefore mentor and teach empathy. I think reading Asian American writer Yoshiko Uchida’s stories as a Japanese American girl in San Francisco during the 1930s and her uprooting during World War II to be sent off to Japanese internment camps (San Bruno’s Tanforan Racetrack and then to Topaz, Utah) really inspired me to look at history in a personal way. That the past is full of human figures with feelings and thoughts similar to mine, not just names on paper who had passed on generations ago, and whose stories speak to issues that still persist in the present.

Are you working on any other project(s) right now? If yes, what are they?

Right now, as a second year graduate student I am working on a paper discussing the roles of Asian American women during the Yellow Power/Asian American Movement. I am trying to tease out the barriers that Asian American women faced as women of color during both the Civil Rights Movement and the Women’s Rights Movement. They weren’t allowed to fully participate in both because gender and racial prejudices unfortunately plagued both movements respectively. I also have in mind writing historical fiction stories that reflect the personal struggles that my family, friends, and peers have faced as women of color with long immigrant family histories.

How do you prefer to write? On computer/laptop, typewriter, dictation or longhand with a pen?

I used to love writing by hand. I still write short stories, outlines, and journal entries by hand. But professional work I must admit defeat and opt for the laptop simply because research, notes, and writing papers are much easier to organize with technology.

That is a tough question. If I had to narrow it down it would have to include genres like Children’s Literature, Fiction, History, and Asian American Studies.

Non-Fiction deals with a lot of facts and real-life study. How do you deal with the all research work?

One day at a time. That might sound cliche but it is really nerve wracking if you immerse yourself in rather depressing material most of the day. Taking breaks, watching a Disney movie, reading fiction or poetry, those breaks really get my mind relaxed before absorbing and writing historical narratives. Researching history is a very liberating and enlightening process but also very intense and rigorous. But if you love the subject matter and it has a personal effect or tie to you, the numerous days at the library or at the desk, going from resource to resource, begins to be a fun habit. Either way, I get to read everyday for fun and for work! You really can’t beat that.

What advice would you give to new aspiring authors in your genre?

Just write, and really I mean write, write, write. Practice. Write short stories, practice oral histories and writing out interview questions, immerse yourself in the secondary sources on the topic you really connect with or find interesting. If you love to read, if you love to write, you really can’t lose.

Thank you, Stacey, for all your enlightening answers! 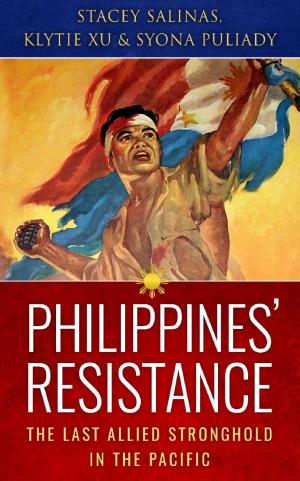 The people of the Philippine Islands during the early half of the twentieth century experienced various waves of Western Imperialism, two wars of attempted secession from western powers, and two world wars. And yet, the Philippine Islands and its people have received only small subheadings in many American textbooks and histories. The wartime experiences from the perspectives of the Philippine people have gone unnoticed and have become overshadowed by the socio-political dominating legacy of American figures like General MacArthur, leader and historical symbol of the Pacific Theater during World War II. MacArthur’s famous phrase “I came through and shall return” are etched into every facet of World War II historical narratives, textbooks, and monuments that pay tribute to the Allied forces in the retaking of the Pacific from the Japanese. But It is the lesser known people and leaders of the Philippine resistance against the Axis powers whose efforts and contributions allowed for the effective and speedy return of MacArthur’s military forces…

If you are an author and wish to be interviewed or if you are a publicist and want to get your author interviewed on TRB, then please get in touch through direct e-mail: thereadingbud@gmail.com