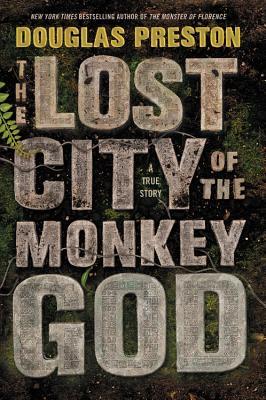 A five-hundred-year-old legend. An ancient curse. A stunning medical mystery. And a pioneering journey into the unknown heart of the world’s densest jungle.
Since the days of conquistador Hernán Cortés, rumors have circulated about a lost city of immense wealth hidden somewhere in the Honduran interior, called the White City or the Lost City of the Monkey God. Indigenous tribes speak of ancestors who fled there to escape the Spanish invaders, and they warn that anyone who enters this sacred city will fall ill and die. In 1940, swashbuckling journalist Theodore Morde returned from the rainforest with hundreds of artifacts and an electrifying story of having found the Lost City of the Monkey God-but then committed suicide without revealing its location.
Three quarters of a century later, bestselling author Doug Preston joined a team of scientists on a groundbreaking new quest. In 2012 he climbed aboard a rickety, single-engine plane carrying the machine that would change everything: lidar, a highly advanced, classified technology that could map the terrain under the densest rainforest canopy. In an unexplored valley ringed by steep mountains, that flight revealed the unmistakable image of a sprawling metropolis, tantalizing evidence of not just an undiscovered city but an enigmatic, lost civilization.
Venturing into this raw, treacherous, but breathtakingly beautiful wilderness to confirm the discovery, Preston and the team battled torrential rains, quickmud, disease-carrying insects, jaguars, and deadly snakes. But it wasn’t until they returned that tragedy struck: Preston and others found they had contracted in the ruins a horrifying, sometimes lethal-and incurable-disease.
Suspenseful and shocking, filled with colorful history, hair-raising adventure, and dramatic twists of fortune, The Lost City of the Monkey God is the absolutely true, eyewitness account of one of the great discoveries of the twenty-first century.

The Lost City Of The Monkey God by Douglas Preston is a sensational true adventure book about the very famous legend of ‘Casa Blanca’ a lost city in the unexplored part of the Honduran rainforest.

The book started out so good that I was immediately pulled into the story. It was an exciting and a thoroughly entertaining read and I enjoyed reading every bit of it! This is the first time that I’ve read a true-adventure story and, surprisingly, this book absolutely blew my mind!

I would have never even imagined of reading this book had it not been for The Obsidian Chamber, a book co-authored by Douglas Preston. I really liked the writing style used in that book and hence, when I was offered to review this book, I immediately accepted knowing that, if not the genre, at least the writing of the author was something I was familiar with. But to my pleasant surprise, the writing in this book turned out to be even better than what I was expecting. Douglas Preston has the skill to tell a complex and technical tale in such beautiful and simple words that even a layman like me understood everything and was able to enjoy the entire book.

The only problem I had (and the reason why I dropped my rating from 5 to 4 stars) is that the last 2-3 chapters were a bit of a slog. They were interesting and informative, but they had a lot of stuff that bounced right off my head and left me skimming over paragraphs.

Other than this, the book is a brilliant read and gives a detailed account of not only the search missions author Douglas Preston participated in, but also about the earlier attempts and hoax discoveries related to the legend of the Lost City Of The Monkey God, which was both insightful as well as fun to read.

I’d recommend this book to all the adventure and true-adventure genre lovers and to those who wouldn’t mind taking an adventurous and a really exciting trip to a really, really beautiful legendary rainforest.

“… legends are frequently based on the truth, and this one, so persistent and long-lasting, is no exception.”

Here’s a list of the articles published on the National Geographic website along with the real photographs (these articles were also mentioned and sometimes quoted in this book): 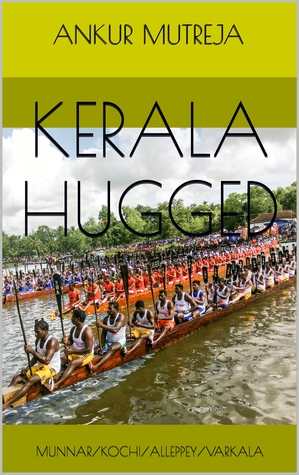 In a borderless world, all would be travelers indeed. India is a small borderless world in itself, and Kerala lies at the southernmost tip. I live almost near the lovely Kashmir, but does that make Kerala any less lovely!
“Writing books is the closest men ever came to having children.” –Norman Mailer
This book is indeed my baby born out of the love of nature.
Kerala is beautiful not only because of “God” but also because of the people who have made Kerala their home. I went there as a parasite in the disguise of a tourist and sucked all I could in a short span of 23 days. But did anybody ever complain? No, never. I think they believe the joy multiplies by sharing, and hereby I emulate them.
It started reluctantly in the midst of court appearances in Delhi courts in a busy September. Don’t know how and when I boarded the Kerala Express, which left me in Kochi to enliven my life forever. Kochi is the place to discover yourself, your life, and the world beautiful around you. How? Discover inside the book.
I, having been discovered, headed to Alleppey. Not to relax in the luxury of backwaters but to learn how they keep it so beautiful. Of course, I had to merge into them to discover their world. Snake boat races epitomize the best of their lives, so very different from that of ours own. You can learn it only if you become part of it. I did try my luck. Did I succeed? Discover inside the book.
Can you fall in love at 40? Yes for sure if you are in Munnar. The one I fell in love with was very special. Who was she? Was she a sexy Keralan? a pretty French? a bold German? a speedy American? a frank Britisher? a thinking Russian? a cute Chinese? a shy Pakistani? or, all of them merged into one? What happened to our love story? Do we meet even now? Or were there heart breaks? Discover inside the book.
Who says it is necessary to work to live? Definitely not if you are in Varkala! You can relax, think, observe, do no work, yet live a life. And it’s so very simple! The nature itself helps you in it. How exactly? Well…discover inside the book.

Kerala Hugged by Ankur Mutreja is a travelogue on Kerala, India.

I enjoyed reading this travelogue as it refreshed some beautiful memories from the time when I visited some of the places mentioned in this book. I liked how the author expresses his love for nature and the places and felt a connection and a bond with those places myself.

For a travelogue, this book is decent, though I do think that this book needs heavy editing (and this is the reason why I gave it a star less than I originally planned to.) There were a few lines that felt incomplete and a few were plain incomprehensible.

Also, I felt that you’ll enjoy this book only if you have already visited all the places mentioned in this travelogue, but if you haven’t been to those places then you might not find this book that insightful as the descriptions are not detailed and the exposition is quite literally missing.

Other than these issues, this book is a decent travelogue that you can enjoy reading and finish within half an hour.

One of my prized possessions - Collector's edition of JRR Tolkien's hand-written letters to his kids as Father Christmas.
𝐂𝐥𝐢𝐞𝐧𝐭 𝐓𝐞𝐬𝐭𝐢𝐦𝐨𝐧𝐲 𝐅𝐨𝐫 𝐌𝐚𝐧𝐮𝐬𝐜𝐫𝐢𝐩𝐭 𝐂𝐫𝐢𝐭𝐢𝐪𝐮𝐞
Bright and sunny in Goa 🌞
So glad we fond this gem of a place! Beautiful ambience, superb cocktails and delicious food 🥰