Author: Eliza Harrison
Narrated by: Eliza Harrison
Release Date: 2nd October 2020
Genre: Mystery, Historical Fiction
Series:
Format: Audiobook
Pages: 9 hours 13 minutes
Publisher:
Blurb:
Two women, two millennia apart, with seemingly unconnected lives – one from the English Lake District and the other from Bethany in Palestine. Neither is sure of their role or purpose, which leaves in them feelings of emptiness and uncertainty.

Martha of Bethany has Yeshua as friend and guide. From a place of tenderness and intimacy, she witnesses the last three years of his life and sees him embody the mystery and power of love. This leads her on a journey to the Sacred Isles where she finds her own pathway to awakening.

Martha from Borrowdale’s story begins in 2000 AD as she faces challenges that expose her deepest fears and insecurities. With her partner Ben, she discovers the mystical Aramaic teachings of Yeshua that offer her a pathway to Self-realisation and freedom.

These two redemptive stories weave alongside each other until finally they converge. It is a tale of revelation and mystery that uplifts and transforms.

The Mystery Of Martha by Eliza Harrison is a unique kind of mystery novel that is set against the historical backdrop and inlaced with spiritualism that takes the reader on a surreal journey.

I was intrigued about this book from he start because spiritualism is a little hard to blend into a historical mystery and so I was curious to see how the plot unravelled. It was good for the most part and the writing was good. The narration wasn’t the best but it made for easy listening and I appreciated it a lot. The overall concept was a little out of my personal comfort zone, but it still made for a good and engaging read.

I think that if you are into spirituality and like reading experimental literature revolving around it then you’d appreciate this book a lot more than me and it would make for a really good read. 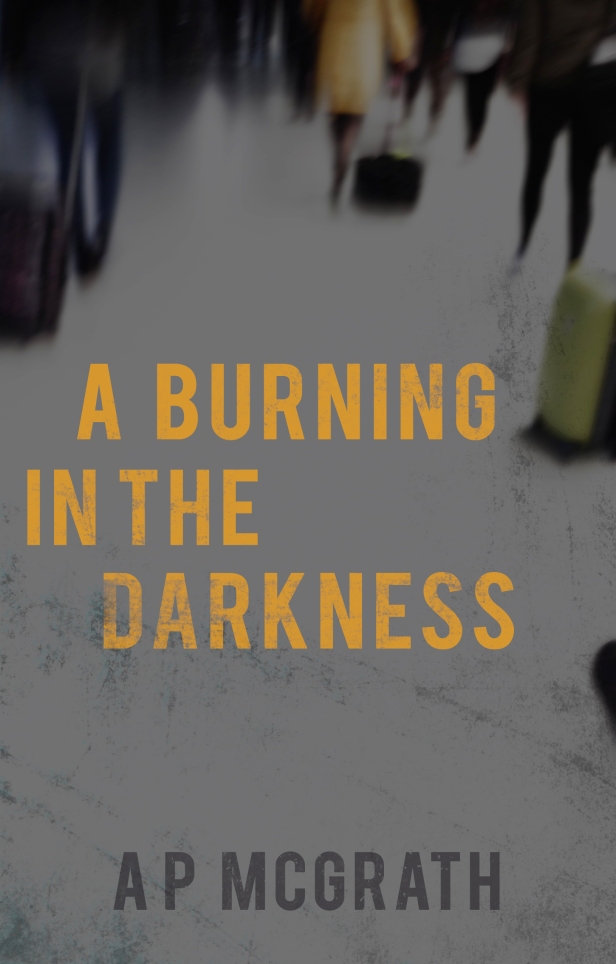 A murder at one of the world’s busiest airports opens this simmering crime story where a good man’s loyalty is tested to its limits. Michael Kieh is a full time faith representative serving the needs of some of the 80 million passengers, but circumstance and evidence point to his guilt. His struggle to prove his innocence leads him on a charged journey that pitches love against revenge.
Michael’s loneliness was eased by a series of brief encounters with a soul mate. When she confides a dark secret, he is motivated to redress a heart-breaking injustice. Together they must battle against powerful forces as they edge dangerously close to unmasking a past crime. But Michael faces defeat when he chooses to protect a young witness, leaving him a burning spirit in the darkness.
Michael’s commitment to helping those in need was forged in the brutality of the Liberian civil war. Protected by a kind guardian, he too was a young witness to an atrocity that has left a haunting legacy of stolen justice and a lingering need for revenge. More poignantly there is a first love cruelly left behind in Africa because of the impossible choices of war. When Michael and his former lover find each other once again they become formidable allies in proving his innocence and rediscovering their lost love.

A Burning In The Darkness by A.P. McGrath is an exciting crime mystery with an intelligent plot and a cast of life-like characters.

This book is an electric mix of mystery, romance, and spiritual fiction. The plot was fresh, well-built and very engaging. I was pulled into the story right from the first chapter till the very end.

The writing was good considering the fact that the prose was written phonetically from the point of view of the lead, Michael Kieh who was born and spent a considerable time of his childhood in Liberia. It added a realistic touch to the story bringing the readers closer to the protagonist in a very clever way.

The characters were all carefully constructed and relatable. I liked the character of Miachel Kieh, the protagonist and found his background very, very interesting. Even though Michael was too good to be real, the internal conflicts coupled with his personality made him a compelling lead.
I was able to relate to almost every other secondary character as well, which was a bonus.

The mystery itself was well thought out and carefully plotted. I must admit that I wasn’t able to put together all the pieces (though, I came quite close.) The author has done a good job at creating an intricate web of various twists and turns, making the ending unpredictable.

I’d recommend this book to crime and mystery lovers and to anyone who doesn’t mind reading spiritual fiction intelligently weaved into a mystery read.