Today, at TRB Lounge, we are featuring an excerpt from A Burning In The Darkness by A.P. McGrath.

Read on to get a sneak-peek into an exciting mystery read. 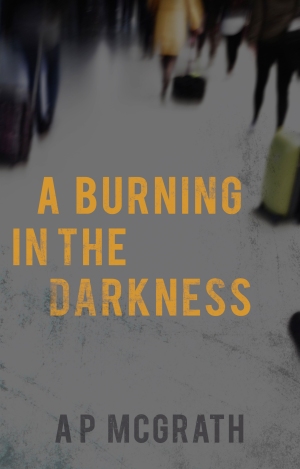 A murder at one of the world’s busiest airports opens this simmering crime story where a good man’s loyalty is tested to its limits. Michael Kieh is a full time faith representative serving the needs of some of the 80 million passengers, but circumstance and evidence point to his guilt. His struggle to prove his innocence leads him on a charged journey that pitches love against revenge.

Michael’s loneliness was eased by a series of brief encounters with a soul mate. When she confides a dark secret, he is motivated to redress a heart-breaking injustice. Together they must battle against powerful forces as they edge dangerously close to unmasking a past crime. But Michael faces defeat when he chooses to protect a young witness, leaving him a burning spirit in the darkness.

Michael’s commitment to helping those in need was forged in the brutality of the Liberian civil war. Protected by a kind guardian, he too was a young witness to an atrocity that has left a haunting legacy of stolen justice and a lingering need for revenge. More poignantly there is a first love cruelly left behind in Africa because of the impossible choices of war. When Michael and his former lover find each other once again they become formidable allies in proving his innocence and rediscovering their lost love.

Young Foday Jenkins spied a curious sign at the far end of the concourse. The seven-year- old weaved his way through the hurrying travellers with their trolley-loads of suitcases. There were airline pilots and cabin crew walking briskly towards their international flights and armed police strolling like fortress watch guards. A rainbow glistened in the eastern sky beyond the floor-to-ceiling glass walls, watched in wonder by the frustrated passengers whose flights had been delayed by the ferocious summer storm. A charcoal wash of lightning-filled rain clouds shrouded the distant city outline.

Foday arrived at the sign. It was a matchstick man or woman kneeling, praying. Beneath it there was an entrance of two heavily frosted glass doors. He pushed them open and stepped inside. When the doors closed behind him there was a nice silence. He was in a room, maybe twice the size of his classroom, but it seemed so much bigger because there were sacred symbols from all over the world and holy words on the walls and little statues, and it wasn’t brightly lit in here like outside, yet it wasn’t so dim that it was scary. The duskiness made you look. There was a lovely smell in the air, the scent of a faraway country.

There was a row of electric burning candles that could be switched on for a handful of coins. There were six happy photographs of teenagers from all over the world tacked to the wall above the electric candles. One of the happy faces looked like his older sister Ameyo. She smiled that way. Uh-me-yo. This is how Mummy said it. There were handwritten notes stuck around the photographs with words like Please remember. Foday wondered if the person who wrote one of them had been crying because the ink was smudged.

On a cloth-covered table there was a visitor’s book. Foday wrote his name and address: Foday, 19 Bletchley Avenue, London NW22, UK, Europe, The World. He added I really like this place.

Over on the other side of the church, tucked around a corner, there was a wooden playhouse. A sign outside the door read: If you want a priest to hear your confession, press the button.

Foday turned nervously when he heard the loud sounds of the bustling concourse as the church doors opened. He could see a silhouetted figure against the gleaming frosted glass. The figure focused into a heavy man walking down between the seats. He stopped, agitated and sweating.

‘Are you lost?’ the man asked.
Foday knew he shouldn’t talk to strangers.
‘Where’s your mummy or daddy? Are they with the priest? Are you alone?’ he asked crossly.
Foday pressed the button requesting a priest to take confession. 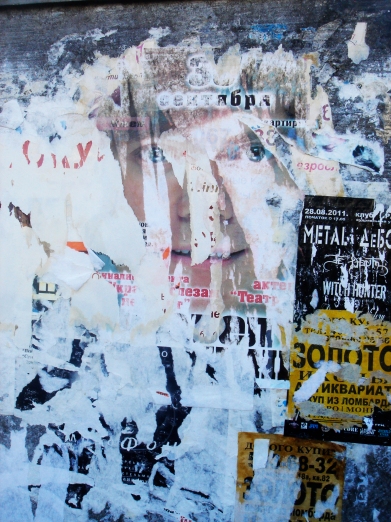 AP was born and grew up in Ireland.

He now lives in London and works in TV. He is a single father with three beautiful teenage children.

He studied English and Philosophy and then post-graduate Film Studies.

A Burning in the Darkness is his first novel.

If you are an author and wish to be featured as our guest or if you are a publicist and want to get your author featured on TRB, then please get in touch through e-mail at thereadingbud@gmail.com

One thought on “Book Excerpt: A Burning In The Darkness by A.P. McGrath”