A prominent plastic surgeon meets the woman of his dreams only to find their future thrown into jeopardy when his playboy past comes back to haunt him. Danny (Adam Sandler) has a unique approach to picking up women — in order to break the ice and gain their sympathy, he pretends to be stuck in an unhappy marriage. The instant he brandishes his wedding ring, the deal is all but cinched. But when Danny finally meets a woman (Brooklyn Decker) that he really would want to marry, he abandons his usual approach for something a bit more subtle. Incredibly, it works. But when she discovers the wedding band that he used to use as a pick-up prop, Danny attempts to cover his tracks by falling back on his tried-and-true divorce line. Unfortunately for Danny, the plan backfires when his new girlfriend asks to meet his future ex. Desperate, Danny recruits his office manager, Katherine (Jennifer Aniston), to validate his ruse by posing as his current wife. Before long, the lies are snowballing, and by the time Katherine’s kids get involved and everyone comes together for a trip to Hawaii, it’s not a matter of if Danny’s plan will fall through, but when.

This movie is one of my favourites, that’s the reason it’s the first comedy movie I’m reviewing. I’m a die hard fan of Jennifer Aniston and this movie is a treat for Jennifer’s fans. The only reason I love Just Go With It, other than Adam Sandler’s egg face, is Jen’s strong acting, her grace and her brilliant comic timing.

I’ve always adored the way Adam Sandler pulls off comedy with such nonchalance. He is one actor who can make me laugh just by smiling! 🙂

Brooklyn Decker did her bit perfectly, that is “being hot” in the entire movie. In acting she was no match for Aniston, anyways the lead was Jennifer so who cares! I loved the kids, their roles were quite important and they did absolute justice. Nicole Kidman is Nicole Kidman, what else can I say. In any case her role was a very short one.

If you wanna have a great time then go ahead and watch Just Go With It. Warning- be prepared to have a hearty laugh now and again, as this movie is going to blow your mind! I’m sure you’ll be happy that you watched it.

I know this movie has got a lot of negative reviews but I seriously feel it was just because people hated to see Sandler with two hot chics. Well that, for me, was actually very adorable! 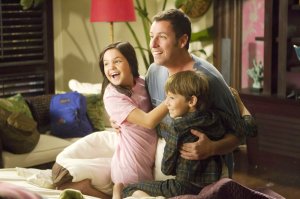 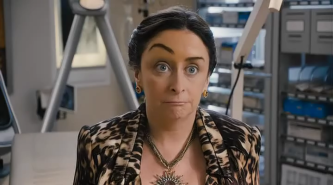 4 thoughts on “Movie Review: Just Go With It”