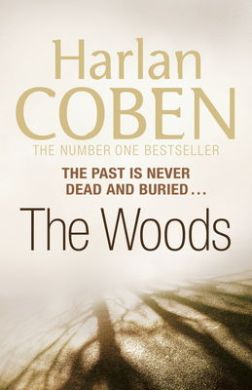 Twenty years ago, four teenagers at summer camp walked into the woods at night. Two were found murdered, and the others were never seen again. Four families had their lives changed forever. Now, two decades later, they are about to change again. For Paul Copeland, the county prosecutor of Essex, New Jersey, mourning the loss of his sister has only recently begun to subside. Cope, as he is known, is now dealing with raising his six- year-old daughter as a single father after his wife has died of cancer. Balancing family life and a rapidly ascending career as a prosecutor distracts him from his past traumas, but only for so long. When a homicide victim is found with evidence linking him to Cope, the well-buried secrets of the prosecutor’s family are threatened.Is this homicide victim one of the campers who disappeared with his sister? Could his sister be alive? Cope has to confront so much he left behind that summer twenty years ago: his first love, Lucy; his mother, who abandoned the family; and the secrets that his Russian parents might have been hiding even from their own children. Cope must decide what is better left hidden in the dark and what truths can be brought to the light.

This book literally blew my mind! It kept me guessing through all the 442 pages. Yes! That’s right, suspense grips the reader till the very last page. In the beginning you feel that the book is only about a murderer who killed 4 kids in a summer camp but Hell No! Paul Copeland was in the dark about a lot of things, like stuff about his mother and father and Ira and Lucy. The entire story gets twisted towards the end. The twists and turns are really unexpected and makes you want to read the book in one go.

The Woods is a brilliant read! As this was my first Harlan Coben Book, I wasn’t expecting much, but after reading it, I have added a lot of his books in my TBR list.

Jeez, you have to read it to experience the thrill. According to me it’s a must read!

Opening Line: “I see my father with that shovel.”

Highlights: The flow of the book and the way of writing. You feel very close to the lead and think that he is really ‘talking’ to you.

“I turn instead and walk away from the women I love. I expect her to call out for me to stop. But she doesn’t. She lets me go. I hear her sobs. I walk some more. I walk until I am out of the woods and back by the car. I sit on the curb and close my eyes. Eventually she will have to come back here. So I sit and wait for her. I wonder where we will go after she comes out. I wonder if we will drive off together or if these woods, after all these years, will have claimed one last victim.”

15 thoughts on “Book Review: The Woods”