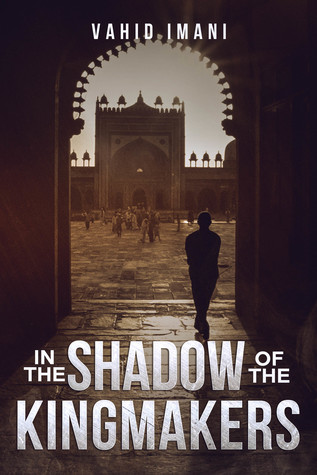 Edition: E-book
Pages: 300
Publisher: Stormtop Publishing
Blurb:
The shadows were closer than he thought …
Tehran in 1924 is the stage for a daring international showdown over the control of Persian oil fields. James Malcolm, a British operative stationed in Tehran weaves an intricate plot in hopes of installing a new loyal Persian king. A teenage boy’s accidental involvement becomes a distraction. When his plot is sabotaged, the fragile peace in Persia is threatened along with the boy’s life. Malcolm’s clandestine investigation entangles him with unwitting American diplomats, treacherous double agents, and murderous Soviet spies, all seeking to foil the oil grab of the British.

In The Shadow Of The Kingmakers by Vahid Imani is an immersive historical suspense thriller that pulled me in right from the start to the very end. I really liked it because of the complexity of the plot and the ease with which it was laid by the author for the reader to read.

The writing is really good and the book is easy to follow, making it a relatively quick read. The characterization was also good and I was able to feel a connection to the protagonist, James, and was rooting for him throughout the book. The plot was the hero for me and the story felt very well fleshed out, especially the cultural details and the rich exposition.

The ending was apt and it made a lot of sense. I enjoyed this book through and through and would recommend it to all historical fiction fans and readers of mystery and thriller genre.