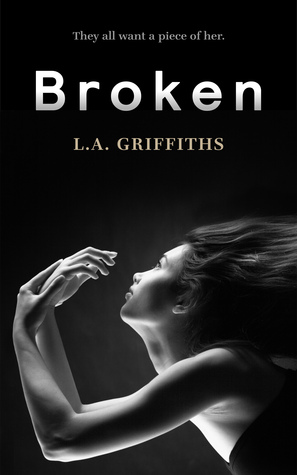 Disgusting creatures invade young Ellie’s dreams dragging her from her home in the dead of night. Shy sixteen year old Ellie take everything that comes her way with gritted teeth, bullies, teachers and most of all, her dangerously confusing powers.

Every day she tries to hide the fact that she cannot touch people without them feeling immediately attracted to her. School becomes a minefield for young Ellie but when she starts having horrifying dreams of faceless creatures she knows she’s in big trouble. She is then thrown into the deep end when she senses something not of this earth watching her from afar. It stalks after her seeking to claim her but will Ellie go without a fight?

The story was intriguing. I was interested from the first chapter and I had high hopes for this story. But things just went downhill from there. The story moved too slow and half the time I was thinking “just get to the point already.”

Ellie is a siren who can’t touch people. They attack her when they touch her. But, her father and aunt can touch her but she doesn’t even think about that until her father touches her hand. So is the power only in her hands?

I can see where the author tried to make Ellie a strong female, but the effort was wasted. She was more whiney than anything. She is shy and quiet and evidently everyone in the school hates her except her two best friends. There is one reference to why the kids at school don’t like her, but it’s completely ridiculous. Ellie is a siren and when people touch her they tend to go a little crazy and attack her. One of the students, a guy who was asking her out, touched her and (from what I understand) tried to rape her. From that point on most of the kids at school thought she was weird and didn’t want to have anything to do with her. Where does this make sense to anyone? That is making a victim of the criminal. You are basically saying that anyone who is raped is a freak because…they should be able to control the actions of others? No one knows what Ellie is or that things happen when you touch her.

The writing was so juvenile. At some points through the story I found myself wondering if it had been written in another language and translated into English. There are so many words missing and letters. There are “the”s where there should be “they”s and so many other issues. It makes me wonder if the author wrote the first draft and published it as soon as he typed the last word.

As I stated before, the first chapter had me intrigued. I was excited, thinking I was going to read a great story.

The most horrible ending I have ever seen in a book. I have always been told that a story should have a beginning, middle, and end. And yes, this does include stories that are a part of a series. I have read so many series books, and each book in the series could almost be a stand alone novel. I felt like this book ended in the middle of the story. And I still have no idea what is going on.

The blurb basically tells the story. Honestly, that is all you need to read and the story is done. Ellie does not sense anything before she meets what is watching her. And the woman is not watching Ellie from afar…she is right there and tells Ellie she is there.

The cover is about the only good thing about this book. It’s beautiful and if I saw this on a bookshelf at the bookstore I would pick it up in a heartbeat. Sadly, that would have been a huge waste of my money.

Opening Line: I was dragged down into the dark. My mind was blurry, darkened figures roamed around me with talon like claws.

Highlights: The cover art was beautiful

Final Thoughts: I would not suggest this book to anyone.