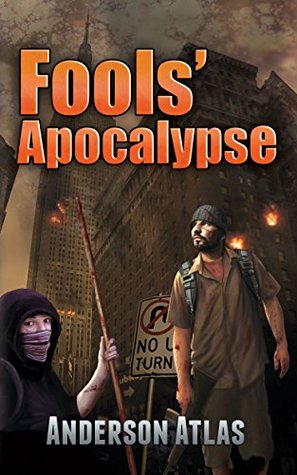 Betrayed by one man. Sick with Lies. As the world crumbles, rots and succumbs to chaos, Ian seeks the truth. He seeks revenge. He needs his hands around the throat of the mastermind, the 6th Horseman.
6 other survivors learn they were the pawns of the 6th Horseman; who has left them to be torn apart by the puppets, the undead, who were their neighbors, friends and once beautiful strangers.
For hundreds of years, a ninth century mosque guarded a secret, an artifact covered with strange spores. Zilla tinkered with the spore’s DNA until a biological weapon emerged, one that obliterated all but a fraction of humanity. A new creature spawned inside the rotting corpses. In symbiosis, they attacked, adapted and learned. They were poised to inherit the Earth when they met Ian Gladstone.

Plot/Story: I really enjoyed the plot. I like the idea that these zombies could not be killed by simply shooting them in the head. It was fun…in a horror sort of way. I will not say it was fast paced, because it did take it’s time to getting to the zombie part. But, I was okay with that because the author was just building the scene and showing how all these people played a part in the end of the world. Everyone had their valid reasons of why they participated and I loved it.

Characters: I felt like we got more of a sense of who Ian was more than anyone else. He seemed to be the main character in a story that had several main characters. He was also my favorite character from them all. I seemed to connect with him better than the rest.

Romance/Kills: There was no romance, at least not an obvious one. I felt like there was a budding romance between a few characters (Ian and Hannah), but nothing outwardly forward. As far as kills…it’s a zombie book, the end of the world. There are a million bloody kills. The descriptions of some of the killings were rather brutal and enjoyable to my horror loving heart.

Writing: The writing was fair. I feel like the novel could use a few more look throws for grammatical and spelling errors. I did notice a lot of words that were missing a few letters and a few places where the word was missing completely or there were extra words.

There was also an issue with switching the perspective of the story. I had a hard time keeping up with which character’s POV I was reading from. This could be a mistake of my own as I sometimes don’t even pay attention to the title of chapters half the time. But even when I did remember to read the chapter title to see whose POV I was reading from, I still got a little confused.

Beginning: The beginning was slow going and at one point I was a little bored. But once you get to the meaty part of the story, you understand the purpose of the slow beginning.

Ending: I enjoyed the ending. I felt like there was enough closure to end the book, but open enough to continue on to the next book.

Cover Art: The cover is simple and tells a story. It’s the picture of a world at its end and that is exactly what this book is about.

Blurb: The blurb is right to the point of the story. It doesn’t prepare you for the gore that riddles this book, which is great.

Opening Line: I ran barefoot through deep, thick mud, not caring about the chill that was creeping into my skin, or the searing pain at the stump of my phantom arm.

Final Thoughts: This book is totally worth the read, even in its rough state.